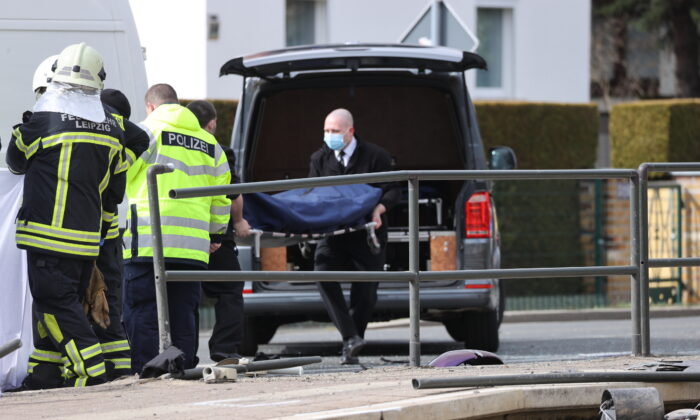 Employees of a funeral home carry a victim to a hearse in Leipzig, Germany, on March 16, 2021. (Jan Woitas/dpa via AP)

BERLIN—A car drove into a group of people at a pedestrian crossing in the eastern German city of Leipzig on Tuesday, killing two and leaving another two seriously injured, police said. They described it as an accident.

It wasn’t clear what led to the car, driven by a 50-year-old German man, hitting people crossing a road near a tram stop in suburban Leipzig.

The vehicle then crashed into a traffic light and ended up on the tram tracks.

Police said that an 85-year-old woman and an 80-year-old man were killed. Two more people were taken to a hospital and were being treated in intensive care.