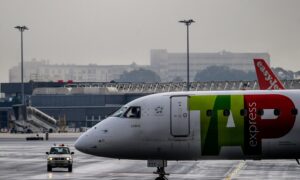 Lisbon — According to the company that manages the Portuguese Airport (ANA), 200 flights were canceled at Lisbon Airport at the start of a two-day strike by workers from a Ground Force handling company.

A spokesman for the Union of Airport Technicians, who called for a strike, told local news agency Lusa that about 100 percent of the workers went on strike in Lisbon on Saturday.

The strike has had a significant impact on the Portuguese flag company TAP, which uses Groundforce’s processing services, but not on low-cost companies.

Ground force workers are demanding that the handling companies, which are in serious financial difficulty due to the coronavirus pandemic, pay their wages and this year’s holiday wages without delay.

“Tomorrow is still difficult and we expect it to gradually return to normal on Monday,” Rigoniere told reporters.

TAP offered Groundforce to lend the money needed to pay the workers the holiday payments, but the proposal was rejected by the handling company.