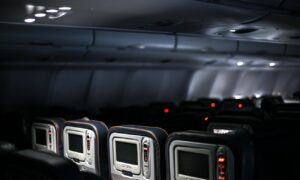 According to local emergency authorities, the An-26 plane, which has 22 passengers and 6 crew members flying from the city of Petropavlovsk-Kamchatsky to the village of Parana, missed the planned contact. It also disappeared from radar, according to the Ministry of Transport.

The investigation has begun and a search mission is underway. Two helicopters and one plane were deployed to inspect the route of the missing plane, according to local officials.