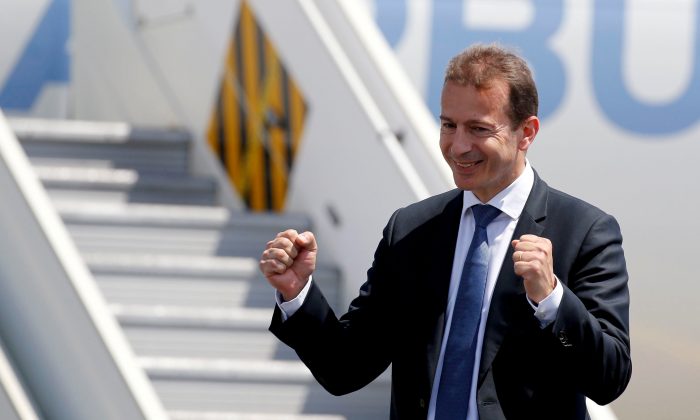 Airbus A220-300 Airbus President Guillaume Foley (Regis Duvignau / Reuters) poses at the unveiling of an Airbus A220-300 aircraft after landing in Colomiers near Toulouse, France, on July 10, 2018.

Vienna — Airbus CEO Guillaume Fori said on Sunday that business air travel will eventually return to pre-pandemic levels and airlines are allocating the same space to business class seats as before. Said in a public interview

Despite the accelerating deployment of vaccines in developed countries, air travel remains at stake. It is not yet known how much business trips will recover as video calls replace face-to-face meetings.

However, Foley told the Swiss newspaper NZZ am Sonntag that the way the company thinks has changed.

“What airlines are telling us now that they have to decide how to arrange their plane seats in the future, and as many business classes as they did before the pandemic. You can see that we are planning a seat for. “

When asked about the expected number of business flights in the future, he admitted that the sector may not fully recover.

“Maybe it’s going to be a little less. One thing is clear: people want to fly again. It’s barely increasing, but probably less than it was before the pandemic.”