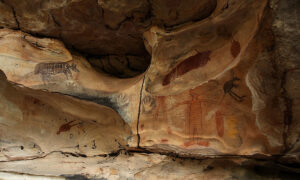 The four bone tools found in Western Australia changed how archaeologists think of indigenous societies in northern ancient Australia after the tools were reassessed as being 35,000-47,000 years old. It has become one of the oldest in Australia.

The· locateIt was published in the International Journal of Osteoarchaeology in February after a similar discovery of about 46,000-year-old nose piercings made from kangaroo bones in 2016. Prior to this, it was believed that bone tools existed only 20,000 years ago.

Dr. Michel Langley, Center for Human Evolution and Forensic and Archaeological Research in Griffith, Australia, Said It was once believed that bone tools did not play an important role in the ancient indigenous communities of northern Australia.

However, they were used in the cooler regions of Australia and Tasmania. There, the community used skins to protect them from the cold.

“We once thought that bone tools weren’t that important in northern Australia, but they were introduced into the toolkit relatively recently,” Langley said. “These tools show that they weren’t. They were always created and used. We could find them because they didn’t survive for long periods of time in hostile storage conditions in northern Australia. did not.”

Relics found in Kimberley’s limestone caves from 1999 to 2013 have a wide range of uses by Aboriginal people, including basket making, animal skin manipulation, and spinifex resin (used as a tool-making adhesive). is showing. Hunting for fish and birds.

Tooth marks were found on one of the kangaroo’s bone tools, indicating that the tool was either a consumed killing or was held between the teeth by some force.

Jane Balme, a professor of archeology at the University of Western Australia, states that this finding provides better insights into the lives of early Australians.

“They provide a window to the diversity of activities carried out by people, rather than being revealed by stone relics alone,” Balme said.

In Europe, archaeological research on bone technology began about 150 years ago, and interest in African bone relics has increased since the 1970s.

Studies show that little attention is paid to Australian bone instruments. This is because the technology is believed to have emerged relatively late in the region and the notion that bone material is used in such tools (horns and ivory — did not exist in Australia.