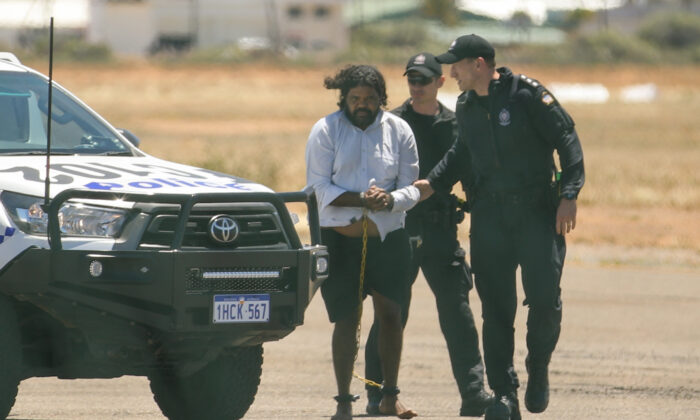 Terence Darrell Kelly boarded the plane after being detained by a member of a special operations group at Carnarvon Airport in Carnarvon, Australia on November 5, 2021. (Tamati Smith / Getty Images)

Perth, Australia — Last year, a man pleaded guilty to abducting a 4-year-old girl from a family camp tent on the west coast of Australia.

Police found Cleo Smith alone at the house of Carnerbon, a town of 5,000 people, 18 days after he went missing in October last year. Her search captivated Australians, and the police who found her cried with confidence when she said, “My name is Cleo,” when she asked for her identity.

Police said the man was arrested shortly after Cleo’s rescue was a stranger to the girl and her family, but they gave little other information as to why he was a suspect.

Terence Darrell Kelly, 36, admitted the abduction after a brief appearance in Carnerbon on a video link from Perth Prison, 900 kilometers (560 miles) south.

He could face up to 20 years in prison for being convicted of forcibly taking a child under the age of 16. He will then appear in the Western Australian District Court in Perth on March 20th.

Kelly has not entered a plea for other criminal accusations he faces, including assaults on civil servants. These claims were postponed at a later date.