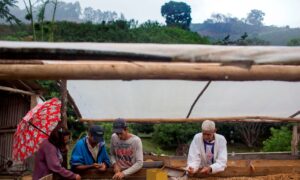 São Paulo — Brazil’s agricultural area was hit by a third day of frost on Thursday, affecting not only corn, coffee and sugar cane, but also produce for local markets such as beans, potatoes and tomatoes, consultant Rural Clima said. Says.

In a note to the customer, Rural Clima said the frost had hit west and north of São Paulo, the Minas Gerais triangle, southwest of Goias, and several areas of southern Minas Gerais.

Perhaps the corn crops most affected by this week’s frost could fall by 6 million tonnes, he added.

Brazil’s second-largest corn-producing country, Parana, has been hit hard by frost over the past two days, but not so much on Thursday. On Wednesday, most sugar cane areas in São Paulo, Brazil’s largest producer of ethanol and sugar, were frosted.

Santos added that frost hits areas where basic foods such as potatoes and tomatoes are grown, which could affect inflation in the area over the next few weeks.