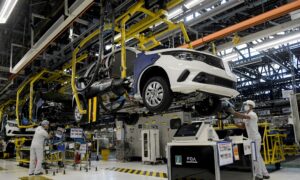 A shortage of semiconductors is affecting chip production, which could reduce the number of cars produced worldwide by 3% to 5% this year.

“In the first few months of this year, monthly production peaked at 200,000 units due to a shortage of parts,” said Luiz Carlos Moraes, chairman of the Brazilian Automakers Association Anfavia.Moraes said he did not expect the parts shortage to end sometime in 2022.

By May, car production increased 55% year-on-year. However, production of 981,500 units is well below the 1.24 million units produced during the same period in 2019.