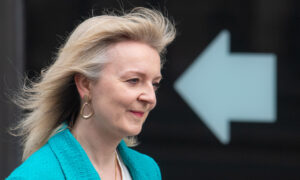 The government has announced that the UK has signed post-Brexit trade agreements with Norway, Iceland and Liechtenstein.

The Minister of International Trade said last month that, in principle, the agreement was agreed, but that the agreement is now being signed by representatives of all countries.

The government said the deal would be a huge boost to four countries other than the EU, which had a trade relationship worth £ 21.6 billion last year.

Ministers said the move would not only boost the digital, financial and professional services sectors, but also reduce tariffs on UK exports and support international employment.

The United Kingdom is Norway’s largest trading partner outside the EU.

Liz Truss, Minister of International Trade, said: “Today’s signing of the agreement is a milestone for trade between the United Kingdom, Iceland, Norway and Liechtenstein.

“It will support the work, cut off bureaucracy, and open up more opportunities for Britain.

“I urge companies across the country, from farmers to fintech, to seize the great opportunities this deal offers.”

Iselin Nybo, Minister of Trade and Industry of Norway, said:

“Today marks an important step in our future relationship with the United Kingdom.

“We are proud to have signed an ambitious and comprehensive free trade agreement, which provides predictability and opportunities for our businesses, investors, students and workers in the coming years. Will be. “