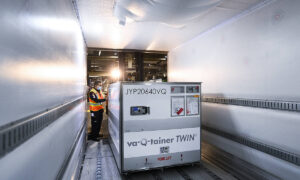 Procurement Minister Anita Anand said Canada’s supply of vaccines from Modana will be cut in half for the rest of April.

Anand said in a statement that Moderna will ship 650,000 vaccines to Canada by the end of the month instead of the expected 1.2 million.

Moderna said the limited supply was due to a “later-than-expected start-up” of production capacity.

The company also told Canada that one to two million doses of the 12.3 million scheduled deliveries in the second quarter could be postponed until the third quarter, Anand said. Canada.

Anand adds that the federal government will continue to put pressure on Modana to fulfill its promise.