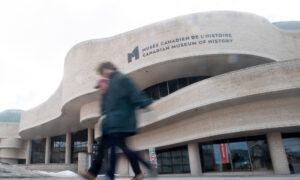 Ottawa-The director of the Canadian Museum of History has resigned after reports of allegations of workplace harassment at a national agency.

The museum’s CEO, Mark O’Neill, has been on leave since last summer when an independent investigation into the museum’s allegations of harassment began.

A statement released by external telecommunications company Midtown PR confirmed the board of directors of Gatineau, Kenya, confirming that the museum came into effect on Tuesday following O’Neill’s resignation.

According to the statement, a permanent director to replace O’Neill will soon be appointed and no other details are provided at this time.

O’Neill confirmed in a statement issued through a lawyer today that he had resigned at the museum ten years later and that a federal civil servant had retired, but neither he nor the lawyer answered questions about the investigation or allegations.

O’Neill is honored to lead the Canadian Museum of History and the Canadian War Museum, calling them two of Canada’s “great cultural institutions.”

This report by The Canadian Press was first published on April 8, 2021.