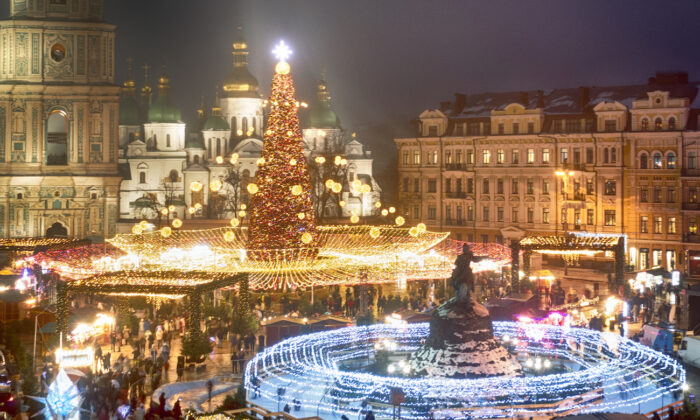 On December 31, 2021, many people celebrate the New Year around the Christmas tree against the backdrop of St. Sophia’s Cathedral in Kiev, Ukraine. (EfremLukatsky / AP Photo)

The website Ukraine.ua, which aims to promote the country among foreigners, was later restored. The ministry did not provide further details.

In mid-January, a powerful cyberattack struck about 70 Internet sites of the Ukrainian government and regional groups. It warned Ukrainians to “fear and anticipate the worst” as the country prepares for a possible Russian attack.

Ukraine believes Russia is ultimately behind the cyberattack. Moscow has denied any liability.