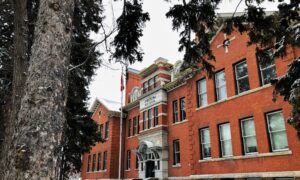 Alberta wants to pilot the new K-6 curriculum soon, which, of course, confuses some parents, the NDP, and the teachers union. Many persistent interests are in the way, but hopefully Albertin will see this curriculum in place. It is guided by the best evidence that students learn and develop critical thinking skills.

The new curriculum rejects the discovery learning model that has been promoted in the Canadian curriculum since the 2000s. Discovery learning has its roots in the American theorist John Dewey, who developed the idea in the early 1900s. Since then, despite its failure, it has remained popular.

Some western states introduced discovery learning into their math curriculum around 2006. As a result, Alberta students have only become less proficient in math. Write in the Edmonton Journal, David Staples Report, “Major international tests have begun to show that our myriad proportions have doubled, from about 6% in 2007 to about 12% in 2019.” The same trend occurs wherever it is introduced. That’s why Anna Stocke, chair of mathematics and statistics at the University of Winnipeg, calls discovery learning “academic child abuse.”

About 10 years ago, discovery learning was repackaged as “21st Century Learning” and pushed from top to bottom throughout the British Columbia curriculum. Parents were told that their children would magically learn to think critically without having to learn as much content as before. By discovering things for themselves, students will reach “deeper learning.” However, since its introduction, British Columbia students’ scores on the International PISA test have declined.

Also, according to a major survey conducted at York University in 2019, only 44% of college students surveyed in Ontario are considered “ready to succeed in college studies.” Surprisingly, about the same number of students were considered at risk and 16% were classified as dysfunctional. “Rhetoric about [high schools] Preparing them with literacy and critical thinking skills is inconsistent with reality, “the author concludes.

The new Alberta curriculum requires students to know the facts and master the subject matter. However, the teaching method is not stipulated. Teachers can continue to use projects, off-campus learning, and other means of communicating content. However, as a prerequisite for thinking clearly, students are expected to have a basic understanding of the subject. “If students do not have a basic knowledge of history, geography, science, art, or other subjects, the curriculum guide framework states:” They don’t know what they don’t know. Hmm. On the other hand, students with a broad knowledge base systematically built over time are better prepared to carry out useful research to bridge the knowledge gap throughout their learning life. “

Nonetheless, NDP education critic Sarahoffman said, “The curriculum is based on letting young children memorize a long list of trivia quizzes, rather than building understanding and learning and fostering critical thinking. I will. “

Sadly, author and former teacher Daisy Christdrow would be too familiar with this objection. In her 2014 book, Seven Myths about Education (a must read for anyone assessing the new Alberta curriculum), criticisms like Hoffman are false dilemmas between facts and deeper learning. Claims to create a law.

“Fact-learning critics often draw completely random facts and say: Who needs to know the date of the Battle of Waterloo? Why is it important? Do you? “She writes. But that’s important. “Learning the dates of 150 historical events from 3000 BC to the present and learning some important facts about why each event was important is very because it forms a basic time series schema. Helps. The basis of all historical understanding. ”And the study supports Christophreau.

For example, in 2006, educational psychologists Kirschner, Sweller, and Clark investigated the effectiveness of discovery learning. The pure discovery learning they discover overwhelms students, especially new learners, with new information that cannot be processed. In fact, discovery learning is more detrimental to poor background students who often come to school with less background knowledge from the beginning than some of their wealthy peers. But when students commit a lot of facts to long-term memory, they build a “schema” that fits into new knowledge. Only on the basis of this accumulated knowledge can they begin to reason clearly. Therefore, students need to learn multiplication tables and know mathematical formulas, historical events, and scientific theory. Also, a content-rich curriculum is much more likely to bridge the achievement gap between learners from different socio-economic backgrounds. It turns out that “critical thinking” is not a “general skill” that can be acquired without much knowledge.

I think this is supported by my university class. My first grader has a hard time thinking clearly about Canadian politics because high school doesn’t teach much about our democratic system and history. They cannot engage in very interesting discussions or discussions until they have mastered the basic knowledge. They have an opinion and are sometimes very strongly supported. They are good at criticizing things, but this is not critical thinking. For example, they want to reform the voting process, but they don’t know that our prime minister has not been directly elected by the public. Often, their view is a distorted claim derived from social media and their friends. Unless you know a lot of accurate facts, it’s not that students don’t believe in anything. It’s worse. They can believe in almost anything. That is not good for the future of our liberal democratic society.

Hoffman is wrong. The new curriculum does not “force” children to learn random facts for no reason. It brings knowledge back to the curriculum, as research has shown that this is the only way children can become truly independent thinkers.

To that honor, the Alberta Government has finally prioritized the true interests of its students over its commitment to outdated theory since the 1900s and is now heading in the right direction. That’s one that parents should support.

David W. Livingstone, Ph.D. Is a professor of liberal arts and politics at Vancouver Island University. He publishes articles and book reviews on a variety of topics, including Abraham Lincoln’s politician spirit, Jean-Jacques Rousseau’s political philosophy, and Thomas Darcy Maggie’s contribution to the Canadian Federation.