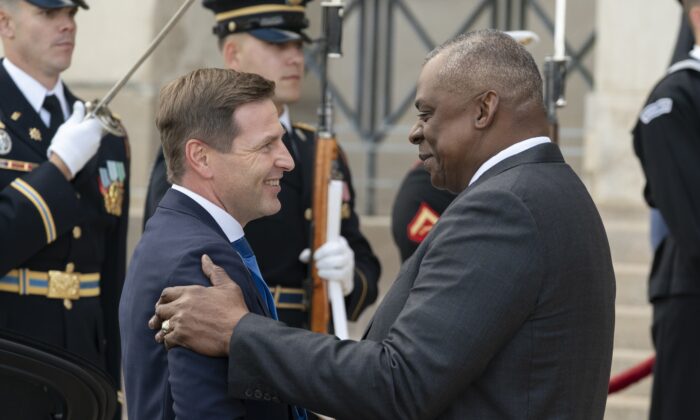 Estonia’s Defense Minister Hanno Pevkul (left) is greeted by Defense Secretary Lloyd Austin at an honorary cordon ceremony as he arrives at the Pentagon in Washington on Oct. 18, 2022. (Alex Brandon/AP Photo)

The High Mobility Artillery Rocket Systems (HIMARS) contract, signed Friday, is worth more than $200 million and includes equipment and training, including ammunition and rockets.

The package includes a HIMARS rocket with a range of 70 to 300 kilometers (43 to 186 miles), according to the Estonian Defense Investment Center. Lockheed Martin plans to make the first deliveries in 2024. Estonian officials have not disclosed the number of rocket launchers, but local media said the purchase consisted of six of his HIMARS.

“The HIMARS Multiple Rocket Launcher is another important step in the development of Estonia’s defense capabilities,” said Lieutenant Colonel Karel Meesar, head of the Estonian Defense Force’s Capabilities Development Department. “This will allow us to have a decisive impact on the enemy even before contact with infantry units.”

Estonia’s Baltic neighbors, Latvia and Lithuania, have or are currently acquiring their own HIMARS.

By Ana BanuelosPosted on December 5, 2022