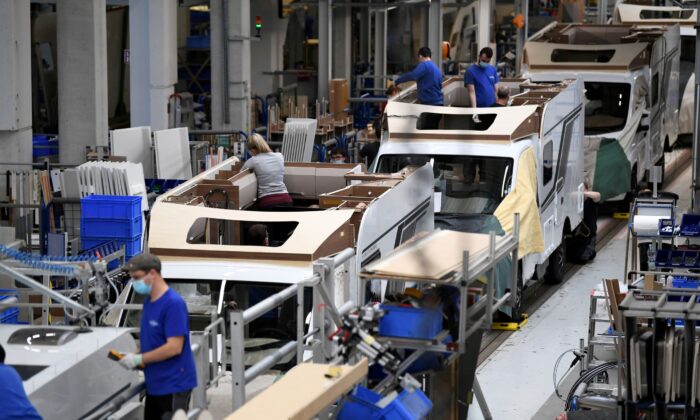 Workers will assemble a camper van at the Knaus-Tabbert AG plant in Jandelsbrunn, near Passau, Germany, on March 16, 2021. (Andreas Gebert / Reuters)

Eurostat, the European Union’s Census Bureau, estimated that prices at factory gates in 19 euro-sharing countries rose 2.7% month-on-month and 16.0% year-on-year in September. This is the largest rise ever recorded in the block.

This surge was also better than expected, as economists surveyed by Reuters predicted a 2.2% increase and a 15.2% surge per month.

After the most serious stages of the COVID-19 pandemic, tightening global supply chains, and soaring gas prices, producer prices soared amid a rapid economic recovery.

Estimating a 4.1% surge in October, according to Eurostat, the rise in industrial prices reflects a 3.4% surge in consumer prices each year in the block in September.

Rising producer prices usually lead to higher prices for consumers, who the European Central Bank wants to keep rising at around 2%. Banks and Eurozone finance ministers expect inflation to surge in the coming months and slow in 2022.