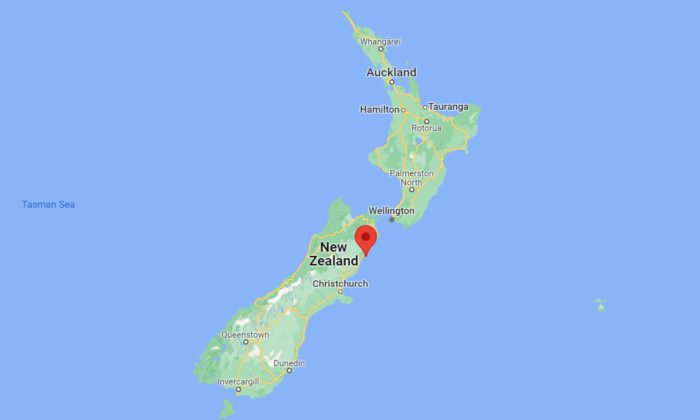 A map showing the location of Kaikoura, a coastal town in the South Island of New Zealand, on September 10, 2022. (Google Maps)

Five people were killed when a boat carrying 11 people capsized in the South Island coastal town of Kaikoura in New Zealand on Saturday, police said.

Radio New Zealand (RNZ) reported that Kaikoura Mayor Craig Muckle believes the boat was capsized by a whale. However, police have not confirmed the cause.

“This is a tragic event that will affect many lives, especially all families and loved ones,” Muckle said at a news conference, according to RNZ.

“We have closed the port so they can continue their work,” he added.

The exact circumstances surrounding the incident are the subject of an investigation involving multiple agencies, Kaikoura Police Sergeant Matt Boyce said in a statement.

Police are working to formally identify the victim, who has not been named. Police said six survivors were taken to Kaikoura Health Center and one was transferred to Christchurch Hospital as a precaution.