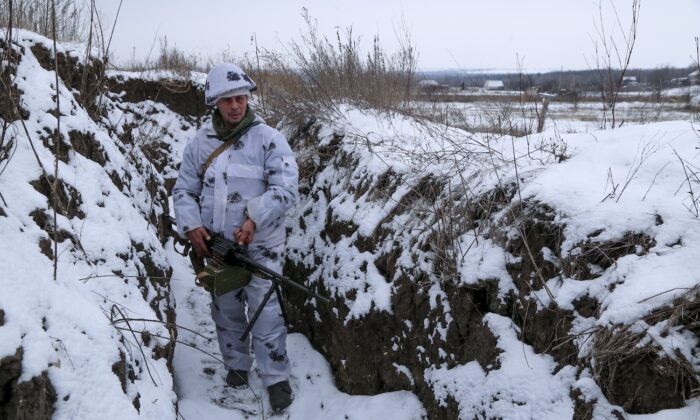 Military personnel are standing with machine guns on January 25, 2022 in a trench in a territory dominated by Ukrainian government forces and pro-Russian militants at the forefront in Slaviano Serbusk, in the Luhansk region, eastern Ukraine. (Alexei Alexandrov / AP Photo)

Germany will deliver 5,000 military helmets to Ukraine at the request of the national embassy, ​​Defense Minister Christine Lambrecht said in Berlin on Wednesday.

She said Germany’s standing on the side of Ukraine was a “very clear signal.”

Germany refused to join allies such as the United States and Great Britain in providing weapons to Ukraine.