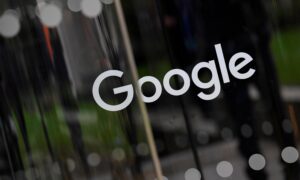 MILAN—Alphabet Inc’s Google said on Wednesday it had sealed agreements with various Italian publishers to offer access to some of their content on the U.S. tech giant’s Showcase news platform.

Google News Showcase is a global vehicle to pay news publishers for their content online and a new service that would allow partnering publishers to curate content and provide limited access to paywalled stories for users.

The accord was signed with a number of Italian publishers, including RCS Mediagroup, which publishes daily Corriere della Sera as well as popular sports daily Gazzetta dello Sport, the publisher of financial daily Il Sole 24 ore, Caltagirone editore, which owns Rome-based paper Il Messaggero, and Monrif, which publishes local papers such as Il Giorno and La Nazione.

To date, 13 Italian editorial companies have finalised agreements with Google, giving users access to content from 76 national and local papers.

“We are pleased to have reached this agreement which, by also regulating the issue of related rights, recognises the importance of quality information and the authority of our publications,” RCS Chief Executive Urbano Cairo said in a statement.

No financial details of the accord were disclosed.

News publishers have long fought the world’s most popular internet search engine for compensation for using their content, with European media groups leading the charge.

Google said in October it planned to pay $1 billion to publishers globally for their news over the next three years via Showcase, which will launch first in Germany, then in Belgium, India, the Netherlands, and other countries.

By Cristina Carlevaro and Elvira Pollina