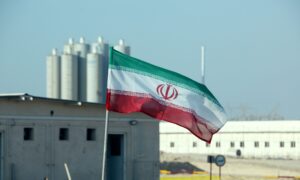 Dubai — The Iranian government accused the attack on Israel on Tuesday, saying that the sabotage at Iran’s nuclear facility in June caused minor damage to the building but no damage to the equipment. It was.

A government spokesman, Ali Rabbie, said at a press conference by state media that satellite images of a missing part of the roof were taken during the repair of the building.

“There was no damage to the equipment. With the roof [satellite] The picture was taken when the roof was removed for repairs, “said Raviei, official news agency IRNA.

He said the case was an attempt by Israel to derail negotiations aimed at reviving the 2015 Iran nuclear agreement with world powers that Israel opposes.

“Zionist regime [Israel] To stop Iran and say the world doesn’t need to talk to Iran … took these actions, “he said.

Iran has accused Israel of attacking facilities related to its nuclear program and killing nuclear scientists over the past few years. Israel has neither denied nor confirmed that claim.

Iran’s national media said on June 23 that the sabotage to the construction of Iran’s nuclear organization west of Tehran failed, with no “life or property damage.”