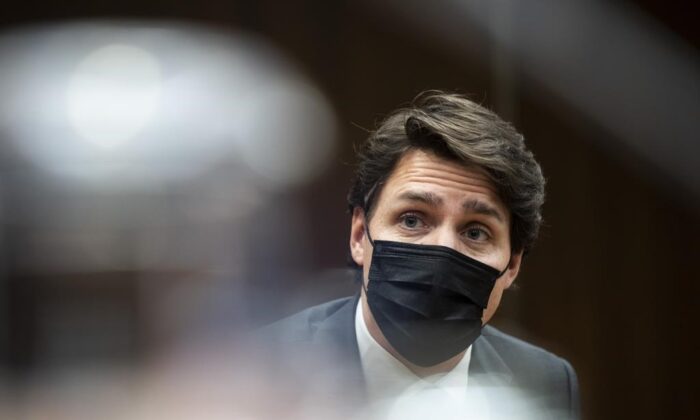 Prime Minister Justin Trudeau will participate in a year-end interview with the Canadian press in Ottawa on December 16, 2021. (Canada Press / Justin Tan)

Prime Minister Justin Trudeau says he has been quarantined because one of his children tested positive for COVID-19.

In an interview with the Canadian Press, he says he feels good and has no symptoms.

He took another test this morning, but says it was negative, as was the previous rapid test.

He doesn’t say which of the three kids is positive or how they are doing.

Trudeau said in a tweet Thursday that he was isolated for five days after learning that he had been in contact with someone who was unidentified and tested positive on Wednesday evening.

Trudeau says he is working from home and is attending a virtual liberal cocus retreat today. He will also have to attend virtually Monday when the House of Commons reopens after a six-week break.