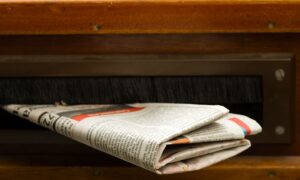 The pandemic era was not kind to the soundness of Canadian journalism and the general public’s interest in it.

A survey released by Edelman Telecom in March delves deeper into this issue. This reflects a year of journalistic behavior between pandemics and wokism that occurred in many institutions last summer.

According to the survey, 49% of those surveyed agreed that they were deliberately trying to mislead by reporting that journalists were known to be false or exaggerated. Fifty-two percent believe that media organizations are more enthusiastic about promoting ideology than informing the general public. 52% also believe that the press has failed when it comes to their promise of being nonpartisan and objective. This was after the growing confidence in Canadian institutions when the pandemic began, which was, of course, short-lived.

The digital age has done a lot to put a strain on the journalism industry. The greedy desire for a constant supply of content hampers the ability of both journalists and readers to properly identify and interpret facts. The atmosphere of social media has done a lot to implement echo chambers that prevent people from engaging in sources that may conflict with their worldview. This can provide a wealth of conspiracy theories for any ideology, which in turn can lead to some anti-democratic impulses.

One of the problems is that there seems to be a feeling among certain professionals that they are simply respected by the general public without doing much to get it. There was no recognizable effort to tackle the criticism productively. We need to reflect on their actions, and sadly many journalists these days seem to be unable to do that at all.

When it comes to pandemics, anyone who believes that journalists are manipulating the press to transfer a particular perspective at the expense of impartiality may be forgiven. At this point, there is a vast amount of research and prospects on how to deal with COVID-19 and how to deal with it among doctors and other professionals. For example, revelatory information has been revealed that shows the negative effects and effectiveness of the blockade, and other measures taken by the government to combat the pandemic. However, reports of this by mainstream outlets are largely negligible, and those who are enthusiastic about the #COVIDZero method are often the only experts consulted or invited to the panel. Those who demand more trade-offs or a balance of responses are often treated as problematic commotions.

The same is true for the polarized debate over the issue of race and diversity. Desperate to show loyalty to the doctrine of fashionable awakening, certain legacy outlets accept racist claims without much research and are fairly redundant with the epic story of racism in Canadian society. Transformed the story.

Others have a segment where a team of racing “experts” declares that our system is simply one of the colonial white supremacists and must be dismantled. Again, these are always monochromatic and out of balance with the counterpoint from unawakened pundits who may praise our institution and explain why. The expulsion of Stockwell Day from public life in June last year was a suspect in his traditional patriotic view by expressing his opinion that it was a discussion panel on race on the surface. It provides a lot of insight into how it is treated.

This generally presents an image of journalists indulging in and promoting their own negative views in pursuit of ideological goals, and lectures them on what morally correct views are. Of course, the general public cannot make their own views based on the information available.

American intellectual Yuval Levin provided an analysis that applies not only to the United States but also to Canada, and in his book A Time to Build, at the heart of these issues is rather for his own benefit. It claims to be an understanding of the system as a platform. Than something formative.

Most surprisingly, this is manifested in journalism, where new and experienced journalists are beginning to openly downplay their profession by condemning core practices for ideological goals.

A longtime journalist who is currently a professor of journalism at the University of British Columbia considers objectivity to be “seeing out of nowhere”, a concept that can be harmful to minorities. On a CBC Radio show, she claimed that objectivity established a “dominant story” and the social order of society. Instead, she needs to work with a near-advocacy mindset that emphasizes an approach that always considers privilege and structural factors, as some reports can interfere with action on behalf of the minority community. Said. She has an ethical responsibility to think about “clarifying who contributes to the social order and how the dominant perspective and the dominant story are repeated.” Said.

This is someone who is educating the next generation of journalists and essentially wants to omit facts and story details if they don’t help. If journalists stick to this, they will not just be journalists.

“The current crisis of Western democracy is a crisis of journalism,” wrote legendary American journalist Walter Lippmann in 1920. It hasn’t changed much. If media people are worried about the lack of public trust and its impact on our democratic life, honest self-analysis is certainly needed.

Shane Miller is a political writer based in London, Ontario.