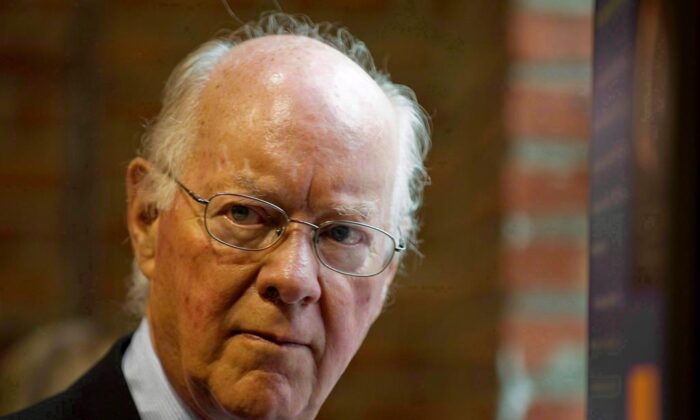 Ret. Judge John H. Gomery will attend a press conference in Montreal with this photo on August 10, 2009. Gomery, the judge who led the public inquiry that helped the federal government sink, died at the age of 88. (Graham Hughes / The Canadian Press)

Montreal — Judge John Gomery, who led a public inquiry into the scandal that led to the defeat of the Liberal Party in the 2006 federal elections, died at the age of 88.

His daughter confirmed his death to the Canadian Press today.

Gomery was a judge in the Quebec Superior Court when he was appointed to lead an investigation into the federal sponsorship scandal in 2004.

Kickback and exposure to illegal funding helped ultimately lead to the defeat of the once-dominant Liberal government.

Gomery was appointed judge in 1982 after studying law at McGill University and engaging in private practice in Montreal.

After leaving the bench in 2007, he retired to his farm southwest of Montreal, but continued to work in public life.