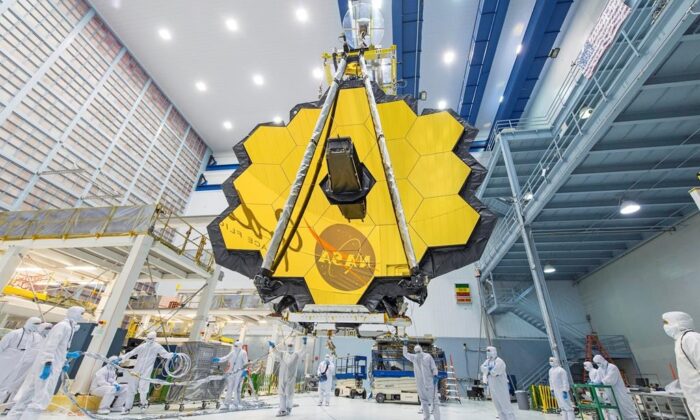 In this 2017 photo, a technician is using a crane to lift a mirror assembly of the James Webb Space Telescope in a clean room at NASA’s Goddard Space Flight Center in Greenbelt, Maryland (NASA AP / Desiree Stover). via)

Berlin — The European Space Agency says the launch of a new NASA telescope to replace the famous Hubble Observatory will be postponed, allowing experts to check for possible device damage after an accident at the French Guiana spaceport. ..

ESA said in a statement late Monday that engineers were preparing to attach the James Webb Space Telescope to the rocket adapter when the clamp band suddenly loosened and shook the delicate observatory.

“A NASA-led anomaly review committee was immediately convened to investigate and initiate additional testing to ensure that the incident did not damage the component,” ESA said. .. “NASA and its mission partners will provide updates when testing is complete at the end of this week.”

According to ESA, the telescope will be onboard the Ariane 5 rocket by December 22, four days after the originally scheduled launch date of December 18.