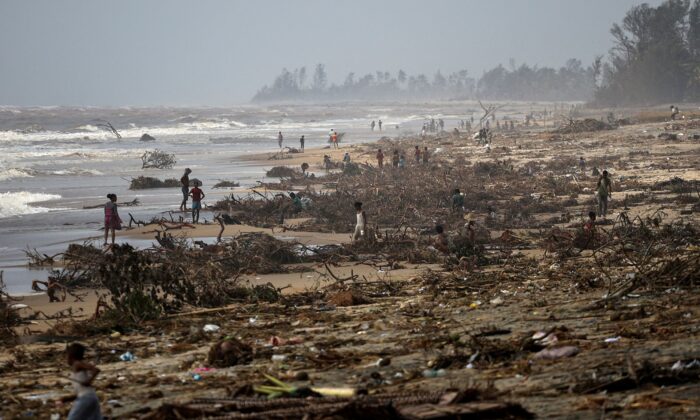 People search for debris on the beach in the aftermath of Cyclone Bassilai in the town of Mananjary, Madagascar, on February 8, 2022. (Alkis Konstantinidis / Reuters)

Antananarivo — A state disaster relief agency said at least 14 people were killed in a tropical cyclone Dumako this week in Madagascar as the island prepares for another cyclone after being attacked on Tuesday.

About 4,323 people were evacuated when Dumako landed east of the country on Tuesday, disaster relief agencies said late Friday. They were housed in 12 sites.

The island nations of the Indian Ocean are entering a stormy season. A total of 124 people were killed when the tropical cyclone Batsirai struck the island’s southeastern coast this month.

Another cyclone, Emnati, is expected to hit near the same area affected by Batshirai, said Nomenjana Harry Mommy Andria Mirad, a weather forecaster at the National Weather Service.