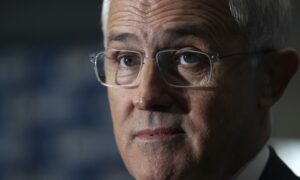 Former Prime Minister Malcolm Turnbull was dismissed from the chair of the New South Wales Net Zero Emissions and Clean Economy Commission just a week after his appointment.

While Gladys Berejikrian praised and respected Turnbull, his appointment “unfortunately proved to be distracting for everyone involved.”

The removal took place hours after the Daily Telegraph issued a letter from Turnbull against the expansion of a coal mine in the Upper Hunter Region near his individual. Property..

Mr Turnbull said he and his wife had rejected the conflict of interest, stating that they were “long-term landowners in the district, not in any other position.”

The former Prime Minister accused the New South Wales government of being bullied by the decision and accused him of his repulsion against the right-wing media.

“There was a pretty ferocious campaign, in fact revenge, in a characteristic way run by News Corporation. The goal was not to bully the state government and appoint me,” he told ABC. ..

Environment Minister Matt Kean said the purpose of the board is to create jobs in the low-carbon industry and ensure that the state reduces emissions in a way that grows the economy.

“It is important to focus on achieving these achievements based on facts, technology, science and economics,” he said in a statement on April 6.

“We are not proceeding with appointing Malcolm Turnbull as chairman,” he told Sydney Radio 2GB.

“We need people who gather and don’t divide. Unfortunately, Malcolm does the opposite.”

Beregikrian did not directly answer the question of whether the decision was affected by the next upper hunter by-election, where mining is the main employer.

“A decision has been made and we are all moving forward,” said Beregikrian.

The development was criticized by opposition leader Jodi McKay, who described it as “a tremendous failure of John Barillaro’s decision.”

“This should never be a political appointment, it will always be divided.”

NSW’s Chief Scientist and Engineer will play that role until a new chair is appointed.

The Board aims to reduce NSW emissions by 35% by 2030 and 100% by 2050 by promoting innovative technologies and sustainable practices.