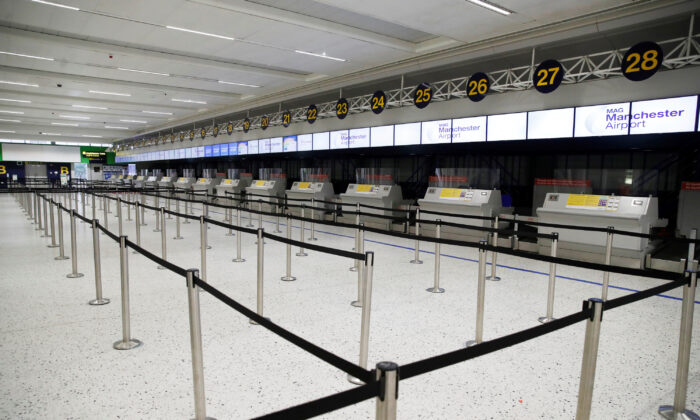 On June 8, 2020, you will see an empty check-in area at Manchester Airport in Manchester, England. (PhilNoble / Reuters)

London — Terminal 2 at Manchester Airport in the United Kingdom has been closed as police evaluate suspicious baggage reports, a spokesman said Tuesday.

“Terminal 2 remains closed, but Greater Manchester police continue to evaluate reports of suspicious luggage there,” a spokesman said in a statement.

“All flights will operate from Terminal 1 until further notice.”

In a previous statement, the airport stated that “controlled evacuation” was taking place.