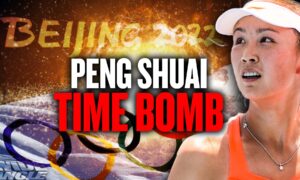 “Where is Peng Shuai?” There is increasing pressure on the Chinese Communist Party (CCP) to provide legitimate evidence that Peng Shuai is safe and free to speak. In general, the seemingly choreographed photos and videos released by the party could not quell international concerns. If anything, they added suspicion that Peng was under house arrest and CCP surveillance.

In addition to supporting the cause of #WhereIsPengShuai, NBA star Enes Kanter is bravely paying attention to other CCP violations. The most terrifying of these has been around for decades. Governments around the world continue to be involved in the cover-up. But as the recent history of the Chinese Communist Party reveals, crime cannot remain hidden forever.