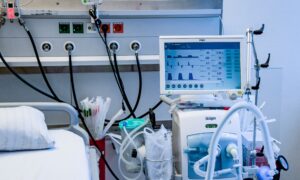 Since the start of the CCP virus pandemic, around 1 in 20 “do not resuscitate (DNR)” orders in place in England were not agreed to in discussions with the persons concerned, their relative, or carer, risking a breach of their human rights, a new report found.

The report, published on Thursday by Independent health regulator Care Quality Commission (CQC), was commissioned by the Department for Health and Social Care (DHSC) last October due to concerns over inappropriate and blanket DNR decision making during the pandemic as a result of unprecedented pressure on care providers, confusion around guidance, and miscommunication.

According to data provided by 2,048 adult social care providers last December, 508 out of 9,679 (5.2 percent) DNR decisions put in place since Mar. 17, 2020, had not been agreed to in discussion with the person, their relative, or carer.

Many of these decisions had been reviewed later, but around a third of them (180 out of 508) were still in place in December, when CQC requested the information.

During the same period, 369 (3.8 percent) DNR decisions put in place had not been considered as part of a personalised care plan, of which almost half (177) were still in place.

Another public survey, which is also a part of the review, found that particular groups may not have been fully involved in the decision.

Although most care providers (94 percent) who responded said they were unaware of the blanket decision being applied to groups of people, evidence from care receivers, their families, and carers suggested that some blanket DNR decisions had been put in place.

CQC said that accessible information, more training and support for providers, a consistent national approach to advance care planning, and improved oversight and assurance are key areas where focus is needed to improve the quality of advance care.

A spokesperson from the DHSC said that any blanket DNR order is “totally unacceptable.”

“It is totally unacceptable for ‘Do Not Attempt CPR’ orders to be applied in any kind of blanket fashion—this has never been policy and we have taken decisive action to prevent it from happening, working closely with the health and care sector to make this clear and asking the CQC to undertake this review,” the spokesperson told The Epoch Times in an email.

“We support the recommendations in this report and we are determined to ensure everyone receives the compassionate care they deserve in all settings.”

A spokesman from NHS England told The Epoch Times in an email that “the NHS has repeatedly instructed local clinicians and services that the blanket DNA(CPR) decisions would be unacceptable—including on three separate occasions in less than a month at the start of the pandemic, and again last week—and that access to treatment and care for people should be and is made on an individual basis in consultation with family and carers.”