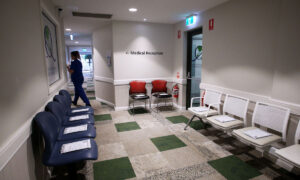 The Government of New South Wales is preparing to significantly expand its vaccine deployment if the federal government agrees to market it to the state.

A spokeswoman for the New South Wales Department of Health said on Sunday that it had already opened 79 clinics for health services and plans to open another 36 vaccine clinics next week.

“NSW Health is preparing for a large-scale vaccine deployment, subject to federal support and vaccine supply,” said a spokesman.

Beregikrian said on Saturday that New South Wales would help manage Phase 1 and Phase 2 of the state’s federal-controlled vaccination program.

“The Prime Minister is pleased with the letter … We welcomed our offer,” she confirmed.

Deputy Chief Medical Officer Michael Kidd said on Saturday that he wanted other states and territories to be “involved.”

By the end of March, 4 million Australians were scheduled to jab, but more than 3.3 million failed to reach their goals.