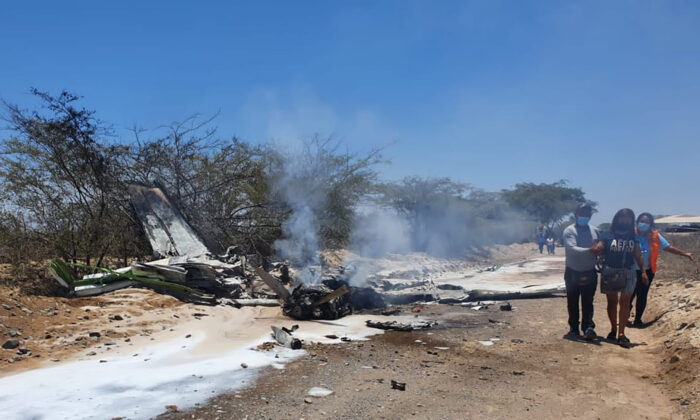 A light aircraft carrying tourists on the Lima-Peru desert Nazca line in Peru crashed on Friday, killing all seven on board, officials said.

Brigadier General Juan Tyrad, a firefighter at Nasca’s 82nd Fire Brigade, said the plane had descended near an airfield in the city. “There are no survivors,” he said.

Aero Santos, the tour company that owns the plane, said the plane had five tourists, pilots and co-pilots on board. The nationality and identity of the tourists have not yet been determined.

The Nasca line is a huge etching depicting a fictional character, creature, or plant that was struck on the surface of a coastal desert between 1500 and 2000 years ago. They are believed to have had a ceremonial astronomical purpose and are recognized as a World Heritage Site by UNESCO.