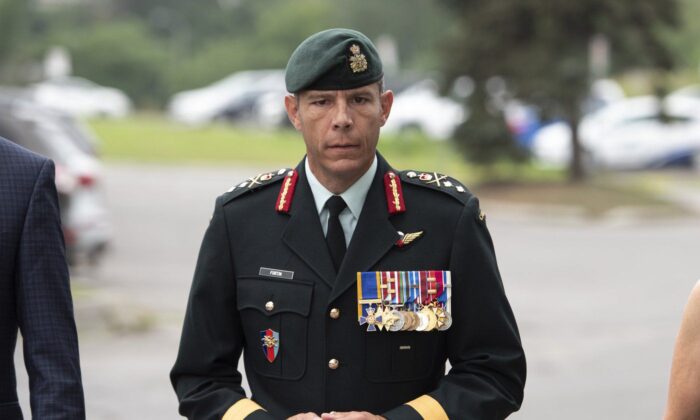 Major General Danny Fortin arrived and was processed at the Gatineau Police Station in Gatineau, Quebec on August 18, 2021. (The Canadian Press/Justin Tang)

of trial It’s been over a year since the sudden dismissal of a senior military officer in charge of the federal government’s COVID-19 vaccine campaign in May 2021.

Fortin has maintained his innocence and is challenging his dismissal from the vaccine campaign in federal court, in addition to criminal proceedings.

In challenging his dismissal, Fortin accused Prime Minister Justin Trudeau and other senior members of the Liberal government of pulling him out of the vaccine campaign for purely political reasons.

Last year, his request for reinstatement was denied, but an appeal is expected early next month.