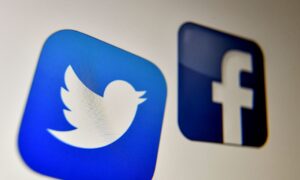 “The pen is mightier than the sword,” said British writer Edward Bulwer-Litton in 1839. In essence, Brewerlitton meant that written words were more effective in achieving lasting consequences than violence or the threat of violence.

It’s not hard to understand why this is the case. The threat of violence can lead to outward compliance, but well-crafted discussions can change the mind. Change of mind means more than outward compliance, especially when permanent change is needed.

Today, thanks to social media, pens are stronger than ever. Previously, the scope of our words was limited and affected only those we personally knew. But now social media makes it easy for millions of people around the world to read our words.

The impact of social media on teachers is enormous. Through platforms such as Twitter, teachers can now provide unprecedented access to colleagues and students. There are many reasons why this is a positive development.

For example, teachers no longer have to wonder if research actually supports the latest trends advertised by guest speakers during school lessons. If you want to know if the theory is valid, you can get dozens of answers from fellow teachers who are willing to share links to research studies that support or condemn the claim in a single tweet.

In addition, teachers can use social media to share educational ideas, collaborate on lesson planning, and provide emotional support to each other. Obviously, social media has brought many benefits to the teaching profession.

Sadly, however, social media isn’t a good thing that hasn’t been mitigated. The pen is mightier than the sword, but this doesn’t make it more virtuous. Too often, social media is a sewage pool where teachers tear each other, launch personal attacks on politicians, and bully and silence colleagues.

For example, Ontario Minister of Education Stephen Lecce has been the target of a torrent of personal abuse from Twitter teachers. These teachers have all the rights to oppose Lecce’s political decisions, but not to attack him personally. Reading some of the horrifying tweets directed at Lecce makes me embarrassed to be a teacher.

Similarly, Alberta’s Minister of Education Adriana LaGrange has been strongly criticized for introducing controversial changes to the state’s K-6 curriculum. Again, criticism of the curriculum is a fair game, but not the constant insult of personal insults directed at LaGrange on Twitter.

It gets even more ugly when a teacher launches a personal attack on another teacher. I experienced this myself. Last August, I posted a tweet in support of the Manitoba State Government’s new semester plan. Within hours, there were dozens of tweets attacking me, and many of those individuals identified themselves as teachers.

These critics accused me of being a state government sakura and even claimed that they wouldn’t mind if their child died of COVID-19. Some even went to the point of mocking my religious beliefs and took advantage of the fact that I wrote a book about the Bible to claim that I was a religious nutcase. Needless to say, it wasn’t a fun experience.

Unfortunately, many teachers are victims of social media mobs. Trying to get dissenting teachers into trouble with your employer can be especially annoying. This has a chilling effect on free speech. It is also a surefire way to enforce conformity, rather than prospering creativity and opinions.

The pens used to destroy others are still more powerful than swords, but thanks to social media, they are now very deadly. Given how social media amplifies our language, it’s more important than ever to carefully consider the impact of what you post online. The important rule is not to post personal attacks. Keep your disagreement on issues and opinions.

Social media is a powerful pen in the hands of teachers. Behave wisely.