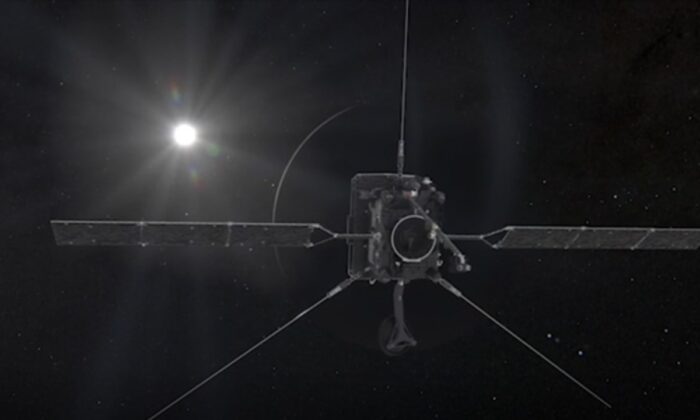 In the screenshot of this video, Venus is approaching from the left. On August 9, 2021, the night side of the planet, the part hidden from the Sun, appears as a dark semicircle surrounded by bright crescent-shaped light. (Screenshot by European Space Agency / ATA MEDILAB / NTD)

This is the moment the Solar Orbiter passed Venus earlier this month.

The image shows a dark area of ​​the planet hidden from the Sun and a bright crescent-shaped light. The glare from the incredibly bright sun-lit side of Venus.

This footage was shot by Solar Orbiter Heliosphere Imager SoloHI when the spacecraft made its second flyby on the planet and reached within 7,995 km (4,968 miles) of its surface.

Solar Orbiter is a collaboration between the European Space Agency and NASA. It was released in February 2020.

The mission of the spacecraft is to observe the polar regions of the Sun. It uses the gravity of Venus to bring Venus closer to the star and change its orbit to get another view. An Earth flyby will be held in November, and six more Venus flybys will be held between 2022 and 2030.