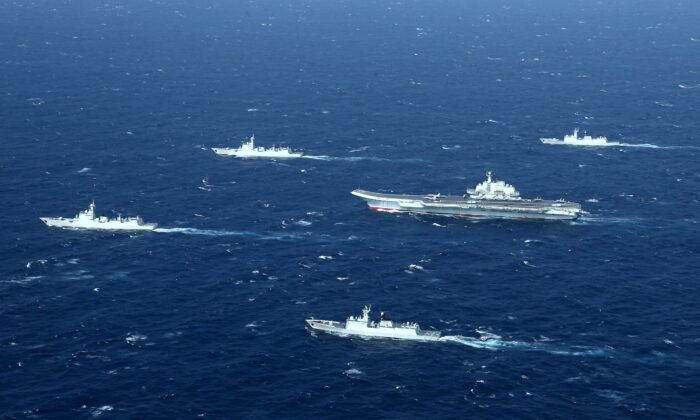 A formation of the Chinese Navy, including the aircraft carrier Liaoning (C), during a military exercise in the South China Sea on January 2, 2017. (STR / AFP via Getty Images)

China claims Taiwan has complained about repeated missions by the Chinese Air Force in the past few months near an island concentrated in the southwestern part of the air defense identification zone near the Taiwan-controlled Platas Islands.