In his bid to buy Australian energy giant AGL and move to renewable energy, Mike Cannon-Brook shows that he doesn’t understand the broader operational characteristics of the electricity market.

Early retirement of coal-fired power plants will boost consumer electricity costs. This is due to the need to invest billions of dollars in transmission infrastructure and expensive batteries. This investment will be made over a much longer period of time if a better managed migration plan is implemented to ensure reliability.

NEM (National Energy Market) still has a mix of private and public players, but systems that require backup now have a large amount of intermittent energy. Although much attention has been paid to wind power, a major factor these days is sunlight, its rapid spread, especially rooftop sunlight, and its cost reduction.

As a result of this development, the system has become increasingly unstable, forcing Australian Energy Market Operators (AEMOs) to intervene in the market on a regular basis. Its latest planning document, the controversial integrated system plan, envisions more use of renewable energy, but does not say anything about its price implications.

Currently, no power generation facility has been built or can be built without government support. Government intervention has destroyed the efficient, market-responsive, low-cost electricity market created as a result of competitive reforms and privatization introduced between 1985 and 10 and a half years.

Without government intervention, this model of NEM since 1995 provided low-cost, reliable power by bringing new plants online in a timely manner in response to market opportunities.

The market was taken for granted under a coal-dominated system, but excluded payments for spinning reserves and other features not provided by wind or solar. Nonetheless, these distortions were not serious enough to prevent efficient market operations.

This pattern was broken by subsidies for renewable energy.

The apparent price advantage when renewable energy is available is due to a $ 7 billion (US $ 5 billion) annual subsidy paid by the government. This undermined the benefits of fossil fuel base load, which is not suitable for intermittent operation.

Their inherently low density of electricity and irregularities means that they need about three times the transmission capacity required by coal.

Wind and solar non-growth subsidies effectively double the income received by wind / solar. The Clean Energy Council, a lobby group in the renewable energy industry, recognizes that even subsidies worth half of wind and solar revenues are not enough to expand these sources of electricity.

Following the privatization and competition policy reforms 20 to 30 years ago, prices fluctuated around $ 30 to $ 40 ($ 22 to $ 29) per MWh. Prices are currently above $ 60 per MWh and will rise further as coal-fired power plant retirement accelerates.

AEMO is influenced by CSIRO’s research, which supports the idea that wind and solar costs are lower than coal and gas.

CSIRO’s conclusions are highly controversial. If they are true, we will not see increased development of coal and gas plants in Third World countries.

Due to their actions, major fast-growing countries, including China, India, Indonesia and Vietnam, are refusing to force the replacement of coal and gas with wind and solar.

By adopting such market-based energy policies, these countries are more competitive than the “First World” countries. Therefore, energy-intensive industries are shifting to them.

The Australian Government’s policy is to reach zero emissions by 2050. Government intervention in the market has resulted in distortions and rising prices. These were unexpected because the information used to reach these decisions was incorrect. Market complexity now makes it very difficult to make competent investment decisions.

This is exacerbated by new entrants such as Canon Brooks making bold statements that are not substantiated by reality.

You need to take your breath away and carefully plan your future to ensure that it is affordable and reliable. This happens when the government shrinks its intervention policy and sets clear goals for the market to respond to. 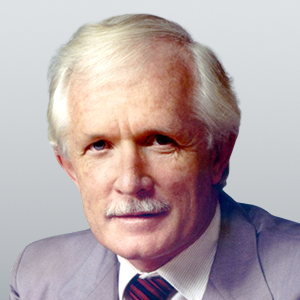 Grahame Campbell FRSN is a prominent engineer with over 50 years of experience in the energy and construction sector.