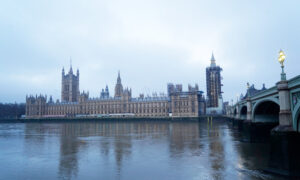 The British Commonwealth House unanimously passed a motion on Thursday proclaiming that Uighur Muslims and other ethnic and religious minorities in China’s Xinjiang Uighur Autonomous Region are suffering from crimes against humanity and genocide.

This made the British Parliament the third legislative body in the world after Canada and the Netherlands, and passed a motion calling the treatment of Uighur Muslims in the Xinjiang Uighur Autonomous Region a “genocide.”

In January, the U.S. government also declared that the Chinese administration had committed “genocide” and “crimes against humanity” against Uighur Muslims in the Xinjiang Uighur Autonomous Region. Introduced a bipartisan resolution condemning genocide against. And other ethnic minorities.

The MP quoted evidence and testimony of detention camps, mass surveillance, rape, forced sterilization, and organ removal, saying it was “time” for the UK to act.

The non-binding motion calls on the UK Government to “act to fulfill and end its obligations under the Convention on the Prevention and Punishment of Genocide and all relevant international legal documents.”

Garnett Genuis, a Canadian member of the Inter-Parliamentary Policy Alliance (IPAC), called the move a milestone.

“Today’s vote is another milestone on the long road to Uighur justice. Democratic parliaments around the world are beginning to recognize that Uighur suffering is nothing more than a genocide. IPAC quoted Genuis on Twitter.

“Today’s vote is another milestone on the long road to Uighur justice. Democratic parliaments around the world are beginning to recognize that Uighur suffering is nothing more than a genocide. “

A truly historic day.The British Parliament did the absolute right and realized that the Chinese administration was committed #genocide Against #Uyghurs

Member of Parliament Nus Ghani, who proposed the motion, is one of the five MPs authorized by the Chinese administration for speaking out about human rights abuses against people in the Xinjiang Uighur Autonomous Region.

During the debate, Congressman Charles Walker said all members of parliament need to run.

Mr. Gani believes that the sanctions Beijing has imposed on parliamentarians “are demanding that the house be sanctioned and stop raising human rights abuses in the Xinjiang Uygur Autonomous Region.” The fact that we are having this argument is simply that the sanctions did not work. “