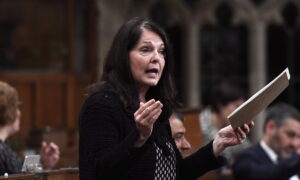 The common reaction of many people who support abortion is to automatically reject changes to the status quo without worrying about analyzing the content and impact of the proposed changes.

Of course, polls are not only suspicious at times, but can also be a source of advocacy. Perhaps we can further the conversation by talking about principles such as the fact that life is valuable and fleeting. If this pandemic taught us anything, it was to thank life.

The most striking objection to Wagantor’s bill is the unmanageable dismissal of “gender equality” as a reason for banning abortion. The lack of critical analysis by feminists and their followers is puzzling. It is strange that feminists demand equality from themselves, but are unaware of the inequality of women killed in utero just because they are not men. The latter has more positions in some communities. Where is the “choice” for women who are being pressured by their husbands, fathers and boyfriends to have an abortion of their children?

The lack of logical thinking may be due to feminists and their followers being obsessed with the idea that abortion is essential to women’s equality and is free to imitate the lives of men. This is a flawed perception. Women need to insist that society adapts to themselves and their needs as women in all symptoms, including pregnancy and childbirth.

In fact, abortion is useful for men because it removes responsibilities and obligations when a partner becomes pregnant. Pregnant women can get rid of unwanted children quickly with government-paid abortions without personally or financially costing men. By rejecting sex-selective abortion, feminists simply allow male domination and continued male-centered power.

The inability of feminists to equate with female children in the womb indicates that abortion was not about female equality. It’s about the power of feminists, and it’s still going on. There is a myth that feminists represent women, but in reality, feminists are elite and well-educated, mostly white women, promoting their own agenda, but other socio-economic groups. I don’t understand the views and needs of women.

It’s time to accept science and what we know intuitively. Human life begins with conception. Life is good and beautiful, and every life, born or not, deserves our protection and support.

Gwendolyn Randold has a long legal background, including a federal prosecutor and a federal lawyer. She is currently the National Vice President and Legal Advisor of REAL Women in Canada. Her latest book is “From Canadian Democracy to Judiciary Dictatorship: The Secret Story of the Charter of Rights.”