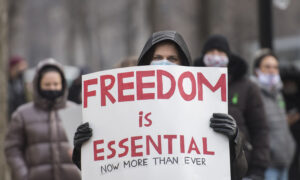 Thousands of people went to the streets of Montreal on Saturday, May 1 to blame the COVID-19 restrictions in Quebec.

Over 50,000 people have marched in the past # MontrealOlympic stadium to protest Quebec’s blockade, curfew, and mask obligations.@RebelNewsOnline #Quebec #Canada #EndTheLockdown #cdnpoli pic.twitter.com/bYGXKuF8mB

Demonstrators called the restrictions excessive and unjustified and gathered at the Olympic Stadium in Montreal, demanding that the state government lift the curfew and mask obligations that have been in effect in many of the states since January.

Former parliamentarian and leader of the People’s Party of Canada, Maxime Bernier, was also an opponent of the blockade and participated in the protest in Montreal.

We are against #lockdowns And for your freedom in Montreal!#NoMoreLockdowns pic.twitter.com/jTNkhKHd0E

The organizers said the protest was the first of several planned in the coming weeks.

Similar protests have taken place in other parts of Canada, such as Calgary and the Toronto area.

In recent weeks, protests against blockades have increased in Quebec and other cities.

Several people were indicted after participating in a campaign against the blockade in Peterbara last week, attended by MPP Randichler of Bernier and Ontario. Both politicians were issued for violating the COVID-19 restrictions.