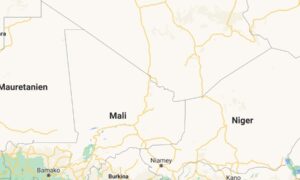 Bamako — The military said three Chinese and two Mauritanians were abducted when armed groups attacked and took hostages from a construction site in northern Mali on Saturday.

The military said in a statement that the attack took place 34 miles from the town of Kwara, a regular transit point for businesses moving north in the Mali desert.

Later that night, the army attacked a road checkpoint in the central Sun region of the country, about 250 miles from Bamako, killing three civilians, the army said in a second statement.

No group is yet responsible for either attack.

Some parts of Mali have been involved in violence since 2012, when several rebel groups launched a campaign against the Mali government for greater autonomy.

Since then, conflicts adopted by jihadist militants associated with al-Qaeda and ISIS terrorist groups have expelled hundreds of thousands.

The attacker also set fire to most of the site and took off with five pickup trucks before destroying cranes, dump trucks, and other equipment owned by the company, the statement said.

Kidnapping is a common fixture of the war in Mali, and foreigners in particular are regularly targeted by extremists who want to get a ransom for liberation.

UN Secretary-General Antonio Guterres has called on the Security Council to approve additional troops for Mali’s peacekeeping mission in response to rising violence by Islamic extremists, according to Reuters.