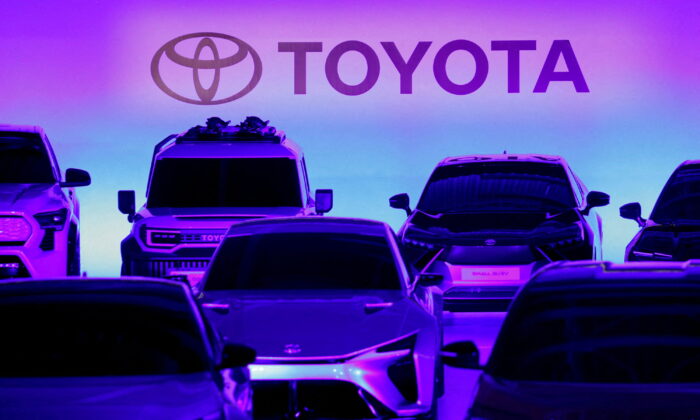 A Toyota Motor Corporation car is seen at a briefing on the company’s strategy for battery EVs in Tokyo on December 14, 2021. (Kim Kyung-Hoon/Reuters)

TOKYO—Toyota Motor Corporation said Wednesday it will maintain its plan to produce 9.7 million vehicles globally this fiscal year despite announcing another shutdown related to the spread of COVID-19.

Japanese automakers are looking to ramp up production in earnest after COVID lockdowns in China and a global chip shortage forced them to repeatedly cut production in the April-June quarter. .

The company announced that it will halt production on three lines at its Motomachi plant in central Japan for several days in September. This follows the suspension at the Tsutsumi plant announced Monday and Tuesday this week.

Toyota plans to produce about 850,000 vehicles worldwide in September, and says it will aim to increase production through November, depending on the supply of parts and personnel.