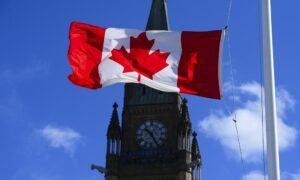 Ottawa-The federal government has stated that it posted a budget deficit of $ 282.6 billion over the 11 months of the fiscal year as revenues declined and pandemic aid continued to flow.

The April-February deficit is compared to the $ 7 billion deficit of the same period a year ago.

The government said in a monthly financial monitor that the serious deficit reflects unprecedented changes in economic activity and emergency spending in response to the COVID-19 pandemic.

Program spending, excluding actuarial net losses, reached nearly $ 515 billion between April and February, an increase of $ 231.3 billion from $ 283.6 billion a year ago.

Federal wage subsidies contributed $ 71.2 billion to this figure, and the benefits of affected workers, families and the elderly contributed $ 96.8 billion.

At the same time, revenue was $ 264.9 billion, a decrease of $ 43.5 billion from the year-ago quarter. This was due to lower income tax and excise tax revenues, tax deferrals, and a significant reduction in economic activity.

Public debt claims reached nearly $ 18.6 billion in the 11 months of last year’s federal fiscal year. This is compared to $ 22 billion over the same period a year ago, primarily reflecting inflation and falling interest rates.

As of the end of February, the federal government’s net debt was just over $ 1.1 trillion.

The Liberal Party’s recent federal budget estimates that the final aggregate deficit for the 2020-2021 fiscal year will be $ 354.2 billion and will reach $ 154.7 billion in the fiscal year beginning this month.