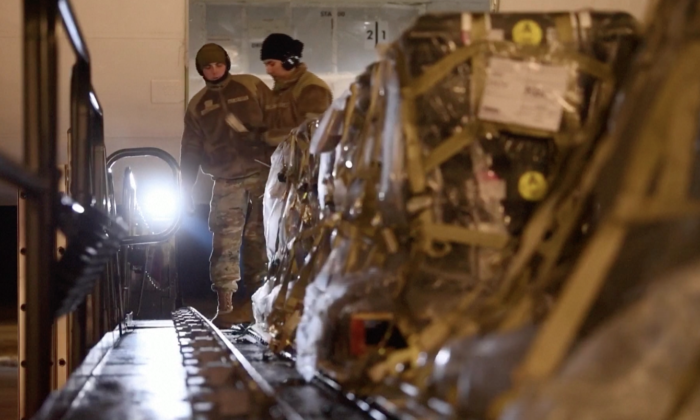 US Air Force personnel preparing supplies on board Dover Air Force Base on January 24, 2022. (Screenshot by Reuters / The Epoch Times)

The US Air Force prepared for the shipment of ammunition, weapons, and other equipment to Ukraine on Monday.

Washington said it would continue to support Ukraine in the face of concerns over the tens of thousands of Russian troops gathered at the border between Kiev and its western allies. Russia has denied plans for a military attack.

A bipartisan group of US Senators last week promised more supplies that could include Stinger anti-aircraft missiles, small weapons, and boats.