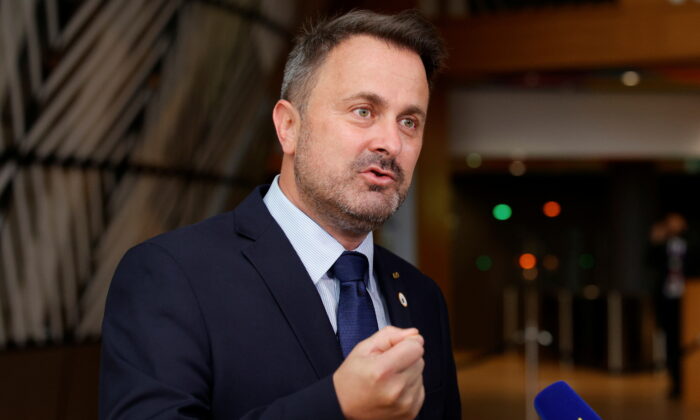 Luxembourg Prime Minister Xavier Bettel will speak with journalists on June 25, 2021 when he arrives on the second day of the EU Summit at the European Council building in Brussels, Belgium. (Pool via Olivier Mathis / Reuters)

Luxembourg Prime Minister Xavier Bettel has improved after being infected with COVID-19, but will stay in the hospital under medical supervision, at least until Thursday, officials said Wednesday.

On Monday, the Luxembourg government said Vettel was in a serious but stable condition after being hospitalized on Sunday for persistent symptoms and would stay there for two to four days for observation.