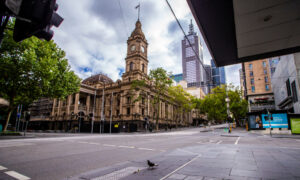 On Tuesday, the Department of Health confirmed a total of nine cases obtained locally, six of which were already reported by Acting Prime Minister James Merlino on Monday.

This brings the total number of active cases outbreaks to 54.

Approximately 42,699 Victorians were tested in the 24-hour period until Tuesday morning, and 20,484 were vaccinated.

Currently, more than 300 outbreak-related exposed sites and 4000 close contacts are self-isolating, of which about 80% return negative tests.

The biggest concerns for authorities are the three cases related to geriatric care facilities in northwestern Melbourne.

Two Arcare Maidstone workers and a 99-year-old resident tested positive for COVID-19 and urged the federal government to scramble to complete vaccinations at geriatric care facilities.

On Monday, it was revealed that a resident who was taken to the hospital for treatment received only one Pfizer vaccine.

One of the workers also received the dose, but the other who worked shifts at Blue Cross Western Gardens in Sunshine from Wednesday to Friday did not.

Both facilities are locked down as all staff and residents have been tested.

Federal parliamentarian Bill Shorten, whose Maidstone facility is undertaken by Malibianong voters, said workers in both public and private systems should have been vaccinated by now.

“It’s a shame that residents and elderly care workers, as well as people with severe disabilities and workers with disabilities, haven’t been vaccinated yet,” Shorten told Nine Network on Tuesday.

More than three months after the vaccine was deployed, 75% of US geriatric care centers received a second dose, while 36% in Victoria are still waiting for a second dose.

“Everyone wanted to do it sooner, but logistically, we did it as soon as possible,” Federal Elderly Care Services Minister Richard Colbeck told ABC Radio National.

He admitted that he did not know the number of staff who received the jab.

On Friday, the State Cabinet will consider a proposal to require vaccinations for all elderly and disabled care workers.

Meanwhile, contact tracers have not yet determined how the first elderly care workers caught the virus, and the genome sequencing report is expected to be completed as early as Tuesday.

When asked if the blockade could be extended beyond 11:59 pm on Thursday, Acting Prime Minister James Merlino said the outbreak could “worse before it gets better.”

Brett Sutton, Chief Health Officer of Victoria, said authorities were “strangled” in the fight against the virus.

“It’s a fast-moving virus, and the infections that occur in those high-risk settings are so great that we have to take it as a daily outlook,” he said on Monday. ..

Professor Sutton did not rule out the resurgence of the “Steel Ring,” a series of road border crossings that separated Melbourne and Victoria during the second wave of COVID-19 in the state last year.

However, the police union opposes such a move, stating that it is ineffective and inefficient.

“I think we have a better way to do that,” Police Association Secretary Wayne Gut told ABC Radio Melbourne.

Two new cases of COVID-19 were also recorded at the Hotel Quarantine on Tuesday.