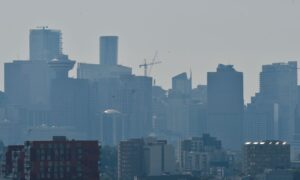 Wildfires swallowed the small town of Lytton in western Canada, and after record temperatures hit residents, residents were forced to evacuate.

Authorities prepared for the threat of hotter weather and wildfires from the deadly heat waves that hit western Canada and the northwestern United States in record high temperatures.

“It’s miserable. The whole town is on fire,” Polderman told CBC. “It took like 15 minutes from the first signs of smoke to a sudden fire everywhere.”

On Wednesday, strong winds up to 71 km / h (44 mph) were recorded in the area, further burning fire.

In British Columbia, at least 486 sudden deaths were reported in the five days leading up to Wednesday. This is almost three times the normal number that occurs in the state during that period.